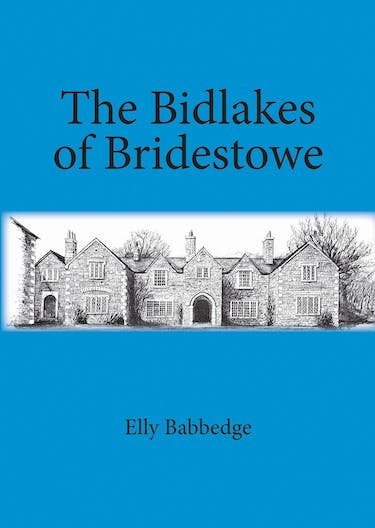 Great Bidlake is remarkable for being owned by the same family for almost all of its 750 years, and is owned by the family today.

Deeds in the Devon Records Office show that the first purchase of "Bidlake" land was in 1268 by Ralph le Riche of Combe. His grandson, John ''Bydelake", became the first occupant of the manor in 1339. Anyone with the name Bidlake (or Bidlack) can trace their ancestry to here. In other words the house is not named after the family; but the family after this place.

There is evidence that the estate contained the site of the Battle of Gafulford, one of a series of battles in A.D.823 when the westward expanding Saxons under King Egbert fought the Britons.

The estate grew to its zenith in the 16th Century when it covered around 6,000 acres in Devon and Cornwall. A description of Great Bidlake in the time of Thomas Bidlake (died 1531) states "the great parlour with its large chimney place, the entry and the porch, and a room or two beyond that, and with chambers over them, were already built and fully furnished". This is likely to refer to the part of the house where the kitchen and breakfast room is today, with the barrelled ceiling of the Solar above forming the roof of the great parlour.

In the Civil Wars, Henry Bidlake fought for the King as a Captain in the Royal Cavalry. Charles I reputedly stayed at Great Bidlake on 30 July 1644. Henry fought at the Battle of Torrington and the siege of Pendennis Castle.  Despite evading a detachment of Roundhead soldiers sent to arrest him by dressing up in a cowman's smock and hiding in a nearby wood (according to Sabine Baring-Gould in Devonshire Characters and Strangs Events), he was eventually captured and taken to London where he was fined heavily by the victorious Commonwealth Parliament for treason. A significant amount of the estate was sold to pay Henry's debts. He died aged 48 in 1659, a few months before the restoration of the monarchy.

Over a period of 20 years from 1734, Sir Richard Becklake brought a fraudulent claim on the Bidlake estate that he was the rightful heir. He carefully forged a number of documents and presented an Order from the Lord Chancellor to support his claim. The case eventually went to Court and Richard was found guilty of fraud. He managed to escape and was on the run for some time before being captured and sent to Newgate prison.

In the First World War, the estate at Great Bidlake was farmed entirely by women, a radical and controversial idea at the time. Marlborough House School relocated from Kent to Great Bidlake between 1940 and 1945. In the large threshing barn the pupils created a mural of Noah's Ark that remains to this day.

In the latter part of the 20th Century the estate land was sold off leaving the manor house and the remaining gardens, fields and woodland. Prof. Dr. John Robinson and his wife Brad conducted a considerable amount of valuable research into the Bidlake family and the Manor and published The Bidlake Dairy in 1994. While living at Great Bidlake, Professor Robinson composed the ballet "The World of Bidlake Wood" about magical animals in the woods and which was performed internationally.

The Bidlake family coat of arms is "Gules, a fesse between 3 martlets argent" (Red, with a horizontal bar between 3 white swallows) and the crest is a "A cock holding in the beak a trefoil, all proper" (a cockerel with a 3 leafed clover in its beak, all in their natural colours). The family motto is "Virtute non astutia" (By excellence, not by cunning).

Great Bidlake is a member of the Historic Houses Association. 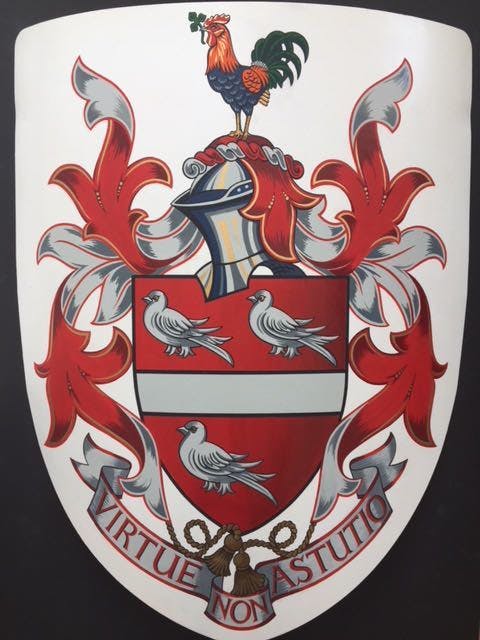